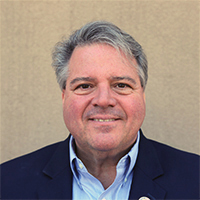 The residents of Revere have given me the opportunity of a lifetime.  You have elected me 7 times to the Revere City Council, and in 2012, to serve as Mayor of our city.

There are many things that I am proud of that was achieved during this time, some as a member of the Council; others as Mayor.

I helped establish the city’s first ever stabilization fund, which led to an increase in both the city’s bond rating as well as a lower tax rate for every citizen.  From 2012 – 2016 we more than doubled Revere’s rainy-day fund from $2.6M to $5.8M.

I helped achieve our goal of building, rebuilding, and refurbishing a record number of city parks and playgrounds.  As Mayor, I invested in amenities that matter to Revere residents- a new Harry Della Russo Stadium, a new Hill Elementary School, three (3) new Little League Fields at St. Mary’s, and a re-energized Northgate Shopping Center with the addition of anchor tenant, Market Basket.

In an effort to revitalize our Central Business District, I secured nearly $8M in grants to renovate and revitalize Broadway, and then created a public/private partnership with local business owners to upgrade ten storefronts along its path.

I reduced the number of people working within city hall, while investing in public safety and lowering the crime rate by 20% over a four-year period through an increase in the number of police working to fight crime from 84 to 104 officers.

Our administration delivered on our promise to provide leadership during a time of crisis by guiding our city through our first ever recorded tornado back in 2014, and then, going on to also help individuals and business owners cover their out of pocket expenses as a result of the storm by raising and distributing  over $250,000 through our Revere Tornado Relief Fund.

I was born in Revere, and have been blessed with a successful career, first in the military and later as a business owner, community activist, and public servant. I am a graduate of Emmanuel College.

I spent six years as a member of the United States Navy and served aboard the Aircraft Carrier U.S.S. Independence CV-62 participating in Operation Urgent Fury in Grenada as well as responded to crises around the world including the Persian Gulf and Beirut.  During that time I earned the Naval Expeditionary Medal, Armed Forces Expeditionary Medal and hold the designation of Enlisted Surface Warfare Specialist.

Then, in 1986 along with my brother and father, founded Rizzo Insurance Group where we have been part of Revere’s business community since 1986.

I am married to Jane Fitzgerald Rizzo and have two sons, Ryan and Nicholas.  We are also proud of our three granddaughters, Aryanna, Elayna, and Evelyn.

Thank you so much for your overwhelming support once again!!!
Dan Rizzo- City Councilor-at-Large